As one of the first recipients in Maine of a Pell Grant through the Second Chance Pell Experimental Sites Initiative, I cherish these opportunities to represent education’s potential for rehabilitating the imprisoned. My education while incarcerated and my release to the “real world” holds perspective which I offer gratefully to provide more insight on this topic. Transitioning back to normal living has had its challenges, but I’m no stranger to life’s obstacles.

My name, Damian, comes from a Greek word “Damianos” meaning, “master, overcome, or conquer.” The list of things I’ve overcome is long: divorced parents, childhood abuse, poverty, addiction, ostracism, juvenile incarceration, homelessness, mental illness, violence, nearly a decade behind bars, and even my own bad attitude. All before reaching my 30s.

Having attained the level of education and soundness of mind that I hold today is nothing shy of a miracle. Throughout my K-12 years I attended seven different schools across three states before slipping through the cracks.  Eventually, at age 18 I earned a GED with flying colors. I didn’t lack for intelligence, but I did lack stability and discipline. Prior to incarceration, I had an interest in college and participated in some free credit-yielding courses. However, my life circumstances and choices at the time were incongruent with these goals, so I never completed any courses or enrolled at a university.

Given the opportunity through Second Chance Pell, I enrolled in classes with the University of Maine at Augusta (UMA) and began working toward an Associate of Arts in Liberal Studies while in prison. Within one semester I realized my capabilities. I wasn’t alone, either. There were about 25 men in my cohort who fulfilled this commitment. Many of us went beyond this to pursue additional degrees.

Since my December release I’ve been busier than ever. Enrolled in 5 courses, I’ve maintained involvement in several team projects while also employed as a computer information systems (CIS) tutor and a faculty assistant for UMA. In these roles, I provide in-person as well as remote tutoring to the greater community of UMA students (and one incarcerated UMA student).  My schedule has been overloaded to the point of discovering limitations, but I’ve helped many others and honed skills along the way.  My transcript shows nearly straight-As as I approach completion of my B.S. in CIS with a Software Development concentration. I hope to pursue a M.S. in Cybersecurity afterwards.

There are surely opponents fighting against programs that aid incarcerated individuals. Some would be happy writing-off the entire population of people in prison as nothing but “bad people”. Admittedly, imprisonment typically results from poor decisions. Nevertheless, people in prison often come from difficult circumstances that required aid in the first place. Short of receiving that aid they hardly had a fighting chance.

The United States that I love is one that believes in second chances – heck, even third and fourth chances. Fortunately, it seems like the tide in our country is beginning to turn in the right direction. This spring, the Department of Education expanded the Second Chance Pell Experiment, offering Pell Grants to hundreds more students in prisons across the country, and in 2023, all incarcerated students enrolled  in eligible prison education programs will become eligible for this important form of financial aid.

I hope my story informs and proves that when we fall, education can help us get back up again. Of course, I’m forever grateful for the support I’ve had along the way.

Sat Sep 10 , 2022
Whilst in Western Australia I had the privilege of meeting Alec Duncan, of Child’s Play Music. We met in one of Alec’s favourite places: Naturescape in Perth. In the words of the website, “…it is a place for children to connect with nature and learn to appreciate the unique Western Australian environment. It […] 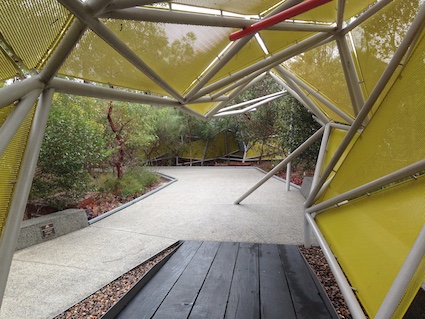