When Wendy Schatzberg, an associate professor at Utah Tech University, was teaching introductory chemistry, she thought her students would know how to use basic Microsoft Office tools like Excel and Word.

But she found that assumption was wrong.

“I cannot and should not assume,” says Schatzberg, who also directs the Center for Teaching and Learning at Utah Tech. “We are leaving some people behind inadvertently due to these expectations.”

Though today’s young people have gained a reputation as “digital natives,” that doesn’t always translate to having the digital skills that are needed to succeed in college. In a 2021 survey from the College Innovation Network, 20 percent of students at four-year colleges said they struggled learning new edtech tools. And professors report that some students even have trouble using more fundamental computer programs to write essays or run calculations.

So some colleges and instructors have started to think about how to help students get up to speed on their digital and technical skills. They’re building lessons about computer tools directly into their courses, offering support services through learning centers and video tutorials, and generally trying to destigmatize asking for help with technology.

It’s understandable that many educators perceive members of Gen Z to be internet-savvy. Young people often do have more advanced cultural fluency in an online environment, says Mizuko Ito, a cultural anthropologist who studies young people and media technology at the University of California at Irvine. Their understanding of memes, social media platforms and other ways of communicating come from an adolescence where the default mode of socializing has been online.

“My generation, in those formative years where we’re building relationships and building our sense of self, we weren’t doing it through sharing memes or playing video games together,” Ito says. “That is a genuine advantage that young people have, because I think cultural fluency is really hard to be taught or pick up later in life.”

But that type of learning doesn’t always lend itself to the technical digital skills needed in higher education.

Students often come into college with vastly different levels of preparation with technology, says Binyomin Abrams, director of general chemistry at Boston University. Although some have taken computer classes and other tech courses offered by their high schools, others may find themselves floundering when given simple tasks. And students’ ability to pick up digital skills affects their academic success.

After noticing this problem, Abrams began studying his students’ interactions with Excel, finding that those who were unfamiliar with the program often took a “trial and error” approach, not opting to ask for help.

“There’s a bit of an imposter syndrome. You don’t want to feel like you don’t belong—so let me just stumble through this myself instead of asking for help,” he says.

Now, he embeds lessons on Excel into his curriculum in introductory chemistry.

“You can open a can of corn with a knife, but a can opener is obviously a better tool for doing that. And there are better and better can openers for exactly that purpose. While students can stumble around with a tool that’s not as effective, teaching them that they can go and learn new tools gives them the ability that when they get to a new challenge, they won’t shy away from discovering the new tool that will be really beneficial to them,” Abrams says. “Giving them that kind of self-confidence to go and tackle learning a new skill and packages transcends chemistry.”

How to Teach Tech Fundamentals

Not all professors are as proactive as Abrams. In an education institution, there may be confusion as to who is responsible for students’ digital skills and literacy, says Elizabeth Losh, professor of English and American studies at the College of William & Mary.

“There’s a lack of clarity about who should be responsible for these skills,” she explains. “And there’s a tendency for a single discipline to claim that territory—or for no one to claim it.”

There can also be stigma attached to taking or teaching courses related to digital material that is considered to be “basic.”

“It just becomes seen as remedial. And anytime something is seen as remedial, people don’t find it very attractive to be associated with,” Losh says. “I would argue the remedial mindset is the wrong one to take.”

One way to help students learn new digital skills would be to offer them opportunities for non-evaluative play, Losh says, explaining that using technology for fun in an environment where one isn’t being graded can help skills stick. But the further students get in their academic careers, the less time there tends to be for play in an educational setting.

“Without this experimental, open-ended, low-stakes, non-evaluative time, people aren’t going to pick up digital skills,” Losh says. “People learn things partly by being in a community of learners.”

A solution from Utah Tech, where Schatzberg works, has been to partner with a company called Pluralsight, which provides video guides on PowerPoint, Photoshop, Acrobat, and other software tools to students, faculty and staff. The courses, she says, are great for students, but are also good for part-time faculty, who may not be up-to-date on software that the university uses.

At Central Piedmont Community College in North Carolina, faculty members who notice that students need extra support can refer them for assistance to the Digital Literacy Learning Space, which offers training about using email, the internet, Google tools and specialty software. The institution’s digital literacy specialist, Don Michael, says he would like to be able to test all students on digital skills before they enter college, and provide extra attention to those who need it.

Ensuring more students have digital skills is a priority for Michael because of how that affects educational equity. Not only may some groups be less likely to have easy access to technology, he says, but some students may also be less confident with tech tools due to stereotypes about who is supposed to be “good” at using them. Michael notes that, of the 60 students who accessed digital skills-training services at Central Piedmont Community College this past semester, about 69 percent were members of minority groups.

Beyond the technical skills students need to succeed academically, Ito says that it might be helpful for colleges and universities to also try educating students on the bigger-picture competencies that are part of digital literacy, such as understanding how tech platforms’ incentives and algorithms might be structured, or what the risks to privacy are.

“Those broader social, cultural and political frameworks,” she says, “that’s one area where you don’t get just naturally from participating on the internet.”

Wed Sep 7 , 2022
Now available in a larger size trim to accommodate the English and Spanish text, this bilingual edition of P. D. Eastman’s beloved Beginner Book Are You My Mother? is perfect for Spanish speakers and English speakers to enjoy in two languages! Newly translated by Teresa Mlawer—one of the most respected […] 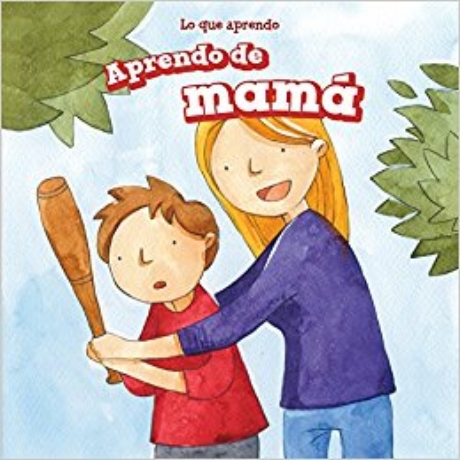